May 14, 2021
Whichever managers decided to start marking mining software as 'viruses' or 'malware' are doing a grave disservice to the integrity of the software industry. Labelling something that isn't a virus a virus because of some ideology is not only dishonest, it undermines trust of the user base. Whether or not one disagrees with mining, it's not the purview of antivirus software to "decide". Your job as antivirus software is to tell us if it's malware or not. That's it. I don't see it as a small thing. It's a fundamental violation of a sort of 'implied contract' that has been in place for decades that I should be able to trust that my anti-virus software is simply working to protect me from just that - viruses and other classes of malware. Now I no longer know what their agenda is, but it's clear they have other agendas. A sort of 'trust' is broken. I'm supposed to be able to trust that the anti-virus vendor is trying
Post a Comment
Read more

August 23, 2017
I will henceforth be posting new articles at the following address:  http://djoffe.com/blog/
Post a Comment
Read more 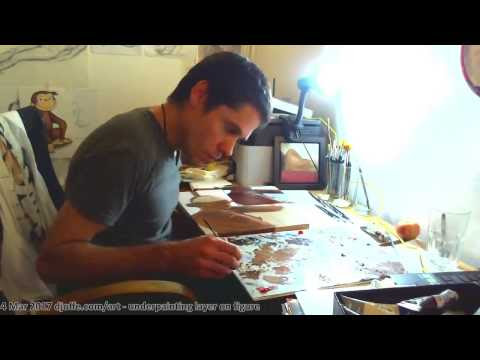 [This article constitutes some rough 'draft thoughts' and is a work-in-progress, potentially subject to substantial re-editing - input and comments welcome - these ideas are not 'fully-formed', and it's a complex issue. The slightly ambitious question is really, what political changes 'should' we make in Africa if we were to broadly expand liberty and increase the protection of individual rights.] "Africa Before the Scramble, 1876" The concept of "illegal immigrant" as it pertains to African countries is historically based primarily on colonially defined borders (e.g. Berlin Conference 1884-85 , i.e. the "Scramble for Africa", and later 'tweaks' to the lines drawn on maps ... in some cases the colonists even effectively drew these lines right through local communities , splitting them - e.g. the Batswana groups have been split across four countries: Botswana, South Africa, Namibia and Zimbabwe). As compared to p
1 comment
Read more 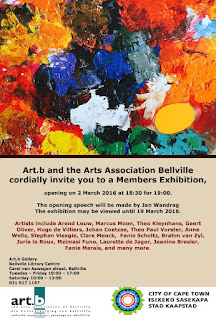 I'll be exhibiting four new paintings at the Members Exhibition of the Arts Association of Bellville, opening Wednesday 2 March 18:30 and running until 19 March (public library building, Carl Van Aswegen St, Bellville, Cape Town -33.9019889,18.6265181). Please stop by and have a look if you're around. (If any interested buyers, or if you want any more info etc., please contact me via this form .)
Post a Comment
Read more 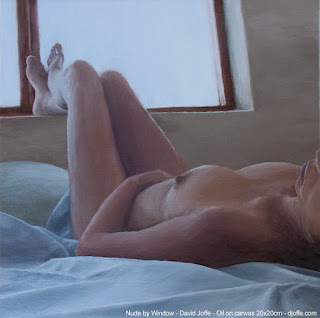 I'll be submitting these two small oil paintings for the fundraising exhibition " Tiny Treasures II " ( more info ) at Art.b community gallery in Bellville (Cape Town) (8 - 29 July 2015)﻿ (stop by and have a look if you're in the area!) Nude by Window - Oil on canvas 20x20cm Woman on Couch - Oil on canvas ( click here for painting process video )
1 comment
Read more

Some Science on Low-Carb Diets